Monument to Alisher Navoi was opened in Seoul 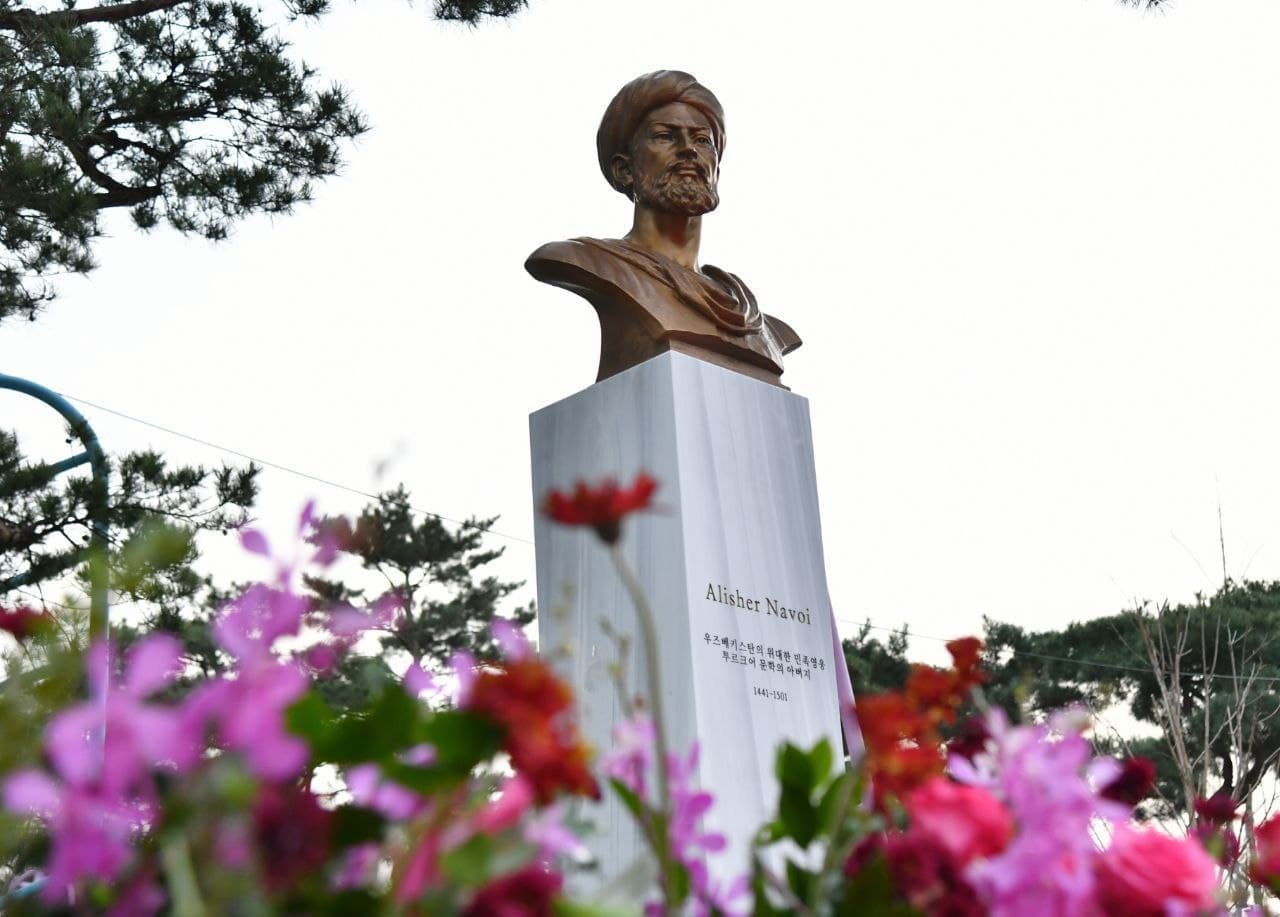 Monument to Alisher Navoi was opened in Seoul

On the eve of the official visit of the President of the Republic of Uzbekistan Shavkat Mirziyoyev to South Korea, a monument to the great Uzbek poet and thinker Alisher Navoi was erected in Seoul.

The opening of the monument was timed to coincide with the 580th anniversary of the birth of the great poet and the visit of our President to South Korea.

The participants of the opening ceremony of the monument laid flowers at the foot of the bust of the great poet.

For the first time as President of the Republic in 2017, Shavkat Mirziyoyev paid a four-day visit to South Korea, where he met with South Korean President Moon Jae-In. During his visit, Sh. Mirziyoyev was also awarded the title of Honorary Citizen of Seoul by Mayor Park Wonsun.